This will be my first post written directly on schedule and I hope to make this a habit again. So what I’m going to do is the following. I missed you guys so much that in my haste to actually let you know what’s been going on with me lately, I’ve actually forgotten t mention a few things.

The first is that Anthony Martignetti, the author of Lunatic Heroes and now Beloved Demons, has created his own writer’s site and in its “Reviews and Endorsements” section is a blurb, at the very bottom of the page, taken from someone that all of you might find very familiar. Basically, Anthony quoted me. 🙂 I found this when I was at the Toronto Global Game Jam (which probably explains how I forgot to write about it with all the writing I had to do there and after) and in addition to all the positive energy that was already around me, it made my day. The fact of the matter is that I am honoured and feel kind of unworthy to be mentioned in such really august company.

That said, it still makes my day and reminds me that I am actually doing some good work here on Mythic Bios. I will tell you right now that it has been difficult to return back to my regularly scheduled posting. I still plan to do some writing outside of Mythic Bios and the Net and, regardless of even that, it took a while for the old, weird ideas to come back into my head and flow properly as they did. But I do have something to work with now.

And Anthony, I have not forgotten about you. You will all see something new about Anthony’s work relatively soon.

But here is what I am going to do for the rest of this post. I am actually going to be doing some very shameless plugging for some really cool things that haven’t been derived from me.

For first thing’s first. The Sequart Research & Literacy Organization is making a Kickstarter Campaign called She Makes Comics. Basically, this is a documentary about women in comics: specifically women as creators, editors, researchers, and publishers in the comics world. It really makes me frustrated that, despite all the comics I’ve read, I actually had to struggle to suggest some prominent female comics creators. In fact, it makes more than frustrated. It makes me sad. I am doing my part to support this Kickstarter. I even wrote a G33kPr0n article on She Makes Comics to give you another look or perspective on just why this is so important. I hope that you will support this campaign, or at least send the links out to those you know and, if you are Facebook or Twitter users, please do not hesitate to use the hashtag #SheMakesComics. 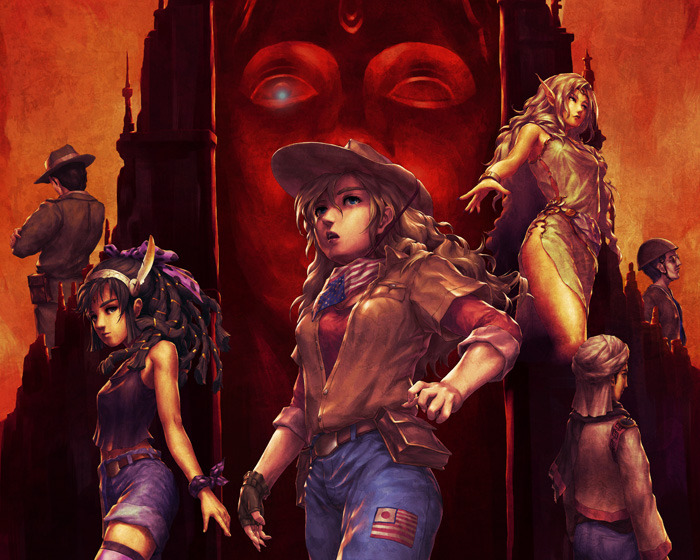 There is also another Kickstarter I would like to draw your attention. The La-Mulana 2 Kickstarter has reached its baseline goal. However, in order to unlock more goodies from chests not rigged with spikes, including the addition of extra character journals and story-modes to an already dangerous quirky puzzle and monster archaeological game of death, it requires more funding: with not much more time to spare. I always hated “timed levels” and I hope that someone here will make sure that this remains in reality and not in the game: which I hope to see funded as far as it will go.

I still hope PLAYISM will have time to post up my Twine fanfic in another Fan Art Update: as it has not happened yet. 🙂

Finally, last by not least there is a game-maker that you should be following. She is Gaming Pixie, whose work and process I reviewed in Life and Identity, Eden and Hell, and not only is she working on a video game that centres around a girl surviving seven days with her alcoholic father, but she has made offline versions of her Twine games Eden and Shadow of a Soul. The latter games are very complex and if you purchase them you will be able to store them on your hard-drive to play at leisure and also experience far less graphics and sound loading time. In addition, with the very modest prices that she offers for both games, you can also help to continue funding her endeavours. I cannot recommend Gaming Pixie’s work highly enough and it will only get better with time and aid. You can find both games here and, if you’re a Windows user, you can download “the first day” of her first major game Fighting the Monster for free.

And that’s it for now. I had this all in my head for a while and there is still so much more work to do. I will speak with you all soon again I’m sure. Take care now, and have an excellent week.