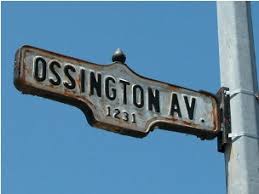 2 thoughts on “Stitches, Meetings and Silver Keys in Downtown Toronto”