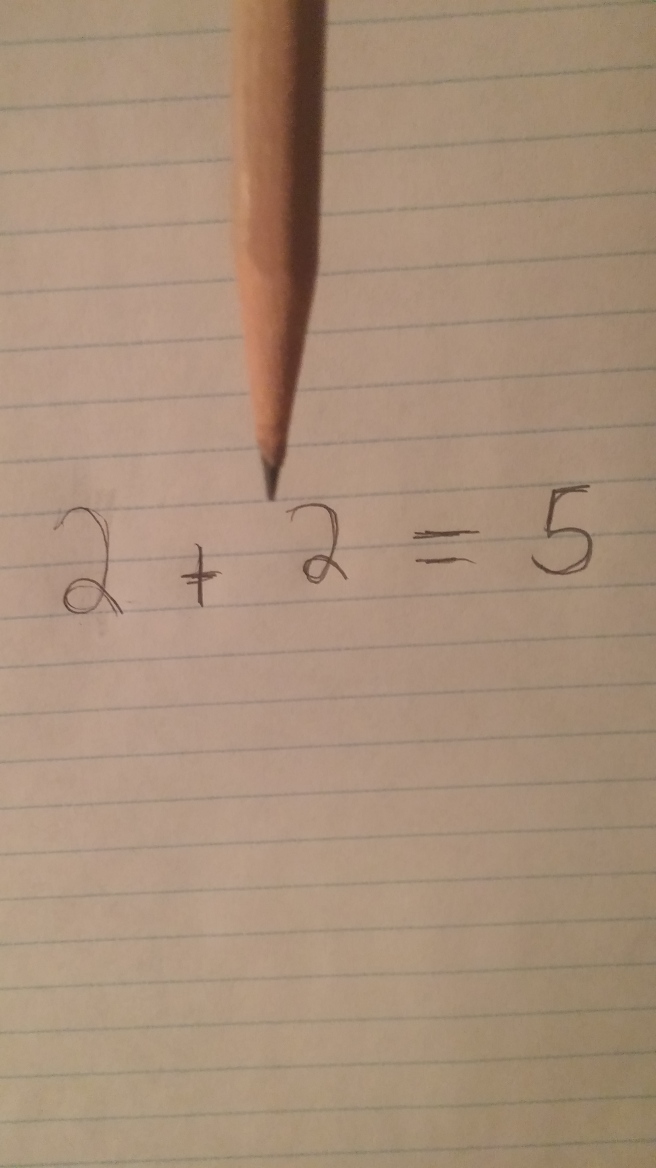 “Sometimes by losing a battle, you find a way to win the war.”
— Donald Trump and Tony Schwartz, The Art of the Deal

You’re back. You came to us, to the Badlands fore, cause you wanted our historia. Our mythologia. The mythologia of the State. Of the Cycle. Of Amarak.

To think your search started with just one word. I recall wording with you about the Cycle of Opposing, and its roots in the mythologia of Ground Zero. About the ethnoi, and ethnos. About the Disunity. About divise itself. Opposing, and divise start inside. You glean that. But it goes outside, too. It has to.

You found the Climbers. They told you, worded with you, about walls: about where they come from, how they form, and what they do. We traded lore for lore. You were told no Wall was made in Amarak. The Wall was always there.

Once, as the Pains of the Hidden Lady told you in Repo Land after you walked the zigzag path of the Hidden Festive, that they worshipped Libertas. And the last son of the Eleuth told you of how his lost Maters and sestra Pride named themselves after the Lady of the same name. Even now the center of the Repolitik is called Freed Dome: what our Land, this failed Rene Project, was supposed to be.

But that was Lye, as the Repos call it now, in the end.

Amarak was always a prison. And if there was a god of prisons, if it ever had a name, it would be the prophet of profits. Or the profit of prophets. Or the edicts of predicts, and predicts of edicts. Most populii came to Amarak — birthed Amarak — to serve, to live, to die: made by Europa to be monster, and labrys cleaved together. That is the story here.

The mythologia of the Sancts.

It was said to have happened after the Cycle of the Forty-Fourth Precedent, fore the Interregnum, when the Repo Party ruled. Many other States burned, then. Ethnoi were purged. Populii died. Amarak was free. It was a Sanct. It was made of Sancts. But those Sancts were iron vaults. They were lost time. Dark. They were prisons.

The Repos always talk about earning freedom. Their Gilder-Booms talk of sacrifice. But they have other words too.

It’s said that when populii wanted to flee their State, to come to Amarak, they could stay. They could be a part of it. Like the Amaraki of old. For a price. The diablo’s gamble. The Bargain.

The Bargain has been here as long as Amarak, throughout every Repolitik. Every Cycle. From the beginning of the Cycle. The terms just change. The stranger, the ethnoi, can’t pay to come in. They are feared. Hated. They are in divise with the State. Some try to, in the words of some of the Prides, climb the Wall, and they fail. Or they do it, facing the mercy of the Law. Of freedom. Of Amarak.

But Amarak is a prison, and a game. And Laws are Rules. The Coustume Guardians have ever been their enforcers. It’s clear. You can enter, or leave. But when you enter, you will be a part of that prison.

And your children will go to camp.

Fore the Interface, familia were sepped in the Dark of that Cycle, snatched away, placed in cages, in grey and metal. Not allowed to see their familia. Not allowed to play. Or touch. Or be touched by Amaraki Caretakers though, sometimes … They were.

The true Interregnum, the Dark Age, began with the silence of the child Sancts. When the Second Disunity started. Most of the child Sancts were under the so-called Great Repo Precedent, where it was said that work set them free, one way or another. Others were taken by Demos Brigaders and their princeps, the children freed. The populii wanted to bring down the regime. Others, were still lost. It’s said that even now, a thousand years later, there are still parere looking for their children, children wandering for their parer, forever sep … And others, even now, dwell in the husks of the Sancts, lost to the labrys of a lost Repolitik, starving, lonely, angry, and isolate.

You’ve been to Freed Dome. During the Reunity and the beginning of the Tripartite Repolitik it was built on the ruins of a tyranny, made into a Collective for young academes, Affirmation Groups, and visitors. It was made Sanct, one of many to memor the atrocities of the Lost Sancts, just like the remains of the Coustume Posts and their flower gardens. Some Sancts, in the former Repo fiefdoms, remain as more ruined memors, while others are cities made Reserves for “exotic” antiq-ID ethnoi, or those that grew in the Sancts. Over time, during the wars and the retreat of the Repos, forgotten by them and the Demos, the children of those Sancts grew, and traveled.

There is another story as well to tell. There is mythologia we have made collect, from our Eyes in the Interface, from the Badlands to the Borders, that some of the Sancts still remain: that they have made liberate themselves over many gen. Some may have met each other throughout, embraced the silence that killed so many, and become Co-operative. We have heard a few whispers that perhaps some, called the Free Sancts, actually exist: beyond Repo and now Tripartite Repolitik gleaning.

If true, they don’t seem to be on the Interface, Markers, and all. But we want to glean them as well: to glean their historia… their own mythologia. The Gilder-Booms would have you know, by their own coustume, that their children are made hallow by the armaments to which they have destruct themselves, and others. But if there is any hallowness, any heroism, in any of this, after all this time it’s that true sacrifice is what the children of the Free Sancts suffered, thrown away, used, destruct, or left to keep the Wall — the Prison — of Amarak alive.

But if they live, beyond this, without the control of the Repolitik, then perhaps they did it, broken away from the Cycle. Perhaps they did win the war that the Repos lost despite them.

Maybe now, they really are what Amarak should be: children in summer. Perhaps they are the children that are now, truly, free.