I met Anthony Martignetti in 2013. Actually, that is something of an exaggeration on all accounts. I read about Anthony at the time and not long afterwards I read his memoir Lunatic Heroes. Then I wrote a review of it and sent it to him. After all, he had put his email address and Twitter handle at the back of the book: and Amanda Palmer had his information on her Blog.

It was about that point that Anthony and I started talking. And while he took issue with the fact that I gave Lunatic Heroes a four out of five (I knew that he could do better: that he had more stories to tell), he liked my review. He put a link to it on his Endorsement page and he and Nivi Nagiel — his editor, writer peer, and friend — sent me a green Lunatic Heroes T-Shirt that I wear when I know I am going to be facing something particularly tough with which to deal.

Then we sometimes played games of witty pithy words on Twitter. There was even one point he accused me of getting my new budgie drunk as he wore his bell as a party hat. And then he challenged me to write a review of his next book: Beloved Demons. It was challenging: not just because it was about his adult life this time around, but also due to the fact that I had other projects and Toronto had been hit by a freak ice-storm that made me aware of just how powerless I really was. That pun was unintended, I assure you, but I suspect Anthony would have appreciated it.

The last time we really talked though, and I mean really interacted, was outside my parents’ house for a change. I was staying overnight at the Toronto Global Game Jam of 2014. I had my own computer and everything. So here I was at this computer at George Brown College’s School of Design, surrounded by creatives in a field that sort of related to my own, and having come from a particularly bad day with Ontario Works and bureaucracy when I got an email from Anthony.

He sent me a link and, sure enough, all the work I’d done with Nivi to polish my review of Beloved Demons had paid off and he included a link to that article on his Endorsement page as well. It inspired me. It encouraged me even more when I sent him something that I wrote and he gave me some feedback on it. He promised, when he had time, to give me a more indepth critique of the work and to look at some of the other things I sent him.

But there was one thing he sent me during that time, when my own loneliness was changed by into gentle solitude by the creatives around me, that I won’t forget. In response to the story that I sent him, Anthony quoted an old operatic and theatrical Italian saying:

I admit I actually took a while to find a good translation of the idiom, but ultimately it seems to amount to this: “In the mouth of the Wolf … may the Wolf die.”

I knew, somehow, that I could use this. I knew it even before I found a smooth enough translation and it was appropriate. In a small, but meaningful way that was the apex of our conversations: our relation to each other.

These words stayed in my head as I introduced my own therapist to Anthony’s work and they had actually had their own interaction. I am glad I did my part to help them meet at least on some level. But I wasn’t entirely accurate when I stated that the Game Jam was the last time Anthony and I interacted.

The last time we actually talked was when I sent him a copy of my first published story “When You Gaze Into An Abyss” in the Heroes in Hell anthology Poets in Hell.  It too was appropriate, all things considered. Anthony emailed me back to let me know that he got the book I mailed him and that he would read my story first.

I never met Anthony. I only talked with him online. He had touched many peoples lives: and that doesn’t even include the books he wrote after Amanda all but had to strong-arm him into doing so. I always knew he had been sick, and sick for a long time, but it’s weird. Even with that knowledge there are times I still find myself expecting to see something on his Facebook page, and I even ponder sending him more things. But I never really forget that he’s gone.

I’ve been sad for a little while and it took me a while to actually put one of the reasons into words. Last week, there was a memorial service for Anthony: held by his writing group the Souled Out Artists. I unfortunately couldn’t attend as it was in the States, in Boston, I have been dealing with anxiety issues, and I just didn’t have the logistics for a stay there. But I were to be perfectly honest, those are just part of the reason. Anthony said, once, that he and I should one day meet for owl sandwiches. He also said he wouldn’t have minded a phone call.

The fact is, I didn’t know whether or not he was being facetious. I didn’t dare ask, but jokingly said sure. But as I said, we never did physically meet. And I never phoned him. I regret that sometimes.

Many people that attended that service, or didn’t attend, actually knew Anthony personally. And, in retrospect, I would have felt weird being there. I was just a person on a fringe of lives that happened to appreciate his writing and influence. I wasn’t a family member, or a patient, or a student. At best, I’d to think we were casual friends that sometimes had time for each other for non-serious things and an appreciation for good writing.

I am glad that people went to Boston to the Souled Out Artists to celebrate Anthony’s life. His stories will continue on as living signs in the people that loved him. And his idiom of the Wolf will be an epigraph at the beginning of a novel that I plan to release one day: and it is all thanks to him.

Anthony understood the importance of mythology. He knew that the Wolf was symbolic of a great many dark things. And in so knowing, he created stories that fulfilled his old Italic proverb.

In the mouth of the Wolf … may the Wolf die.

Those are some words that I hope I will continue to live by. You can find more about Anthony’s stories here. Trust me: they are worth reading. 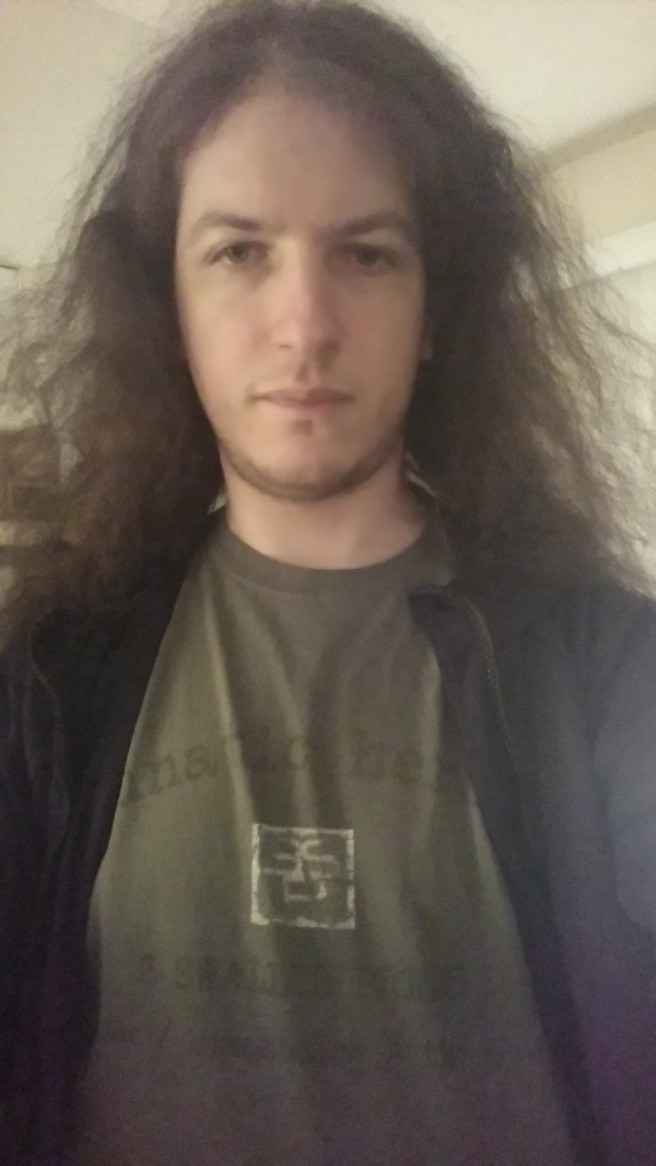