Aside from the fanfiction I posted the other day in a previous post, it’s been yet another long while since I’ve posted on this Blog. Obviously, a lot has happened since I last wrote here so I will try to catch everyone up.

The LDEEP Workshop actually took another week longer than I’d originally thought. Now I am seeing the head of the program every Monday and Thursday. What we’re doing now is we are working on a plan of self-employment. It is going to be centered around two aspects: assisted storytelling, and the creation of some collaborative works. Basically the idea is that I will be helping other people with their writing, or telling their own stories while making my own with fellow artistic collaborators.

In retrospect, I’d been heading in this direction for quite some time even before LDEEP. Even before it had a name, even before I had a Patreon account, I knew this was something that I had to do. And if all goes well, I may even be able to get assistance for this. But it will take time and effort on my part. I am still not home free yet and, honestly, even when this becomes a reality I still won’t be.

There have been challenges even now. Sometimes I’ve wondered if I am doing the right thing or if someone as numerically challenged as myself has any right attempting to run a business. There had also been times when I was frustrated with LDEEP and how many of its workshops, while informative, didn’t really apply to my ultimate goals. And very recently I had to turn down a job offer that, while it might have given me some money, just wasn’t feasible for me due to distance and misunderstandings.

Yet these things have worked in my favour when I really think about them. I was having a lot of trouble articulating a good business plan. The head of our program told me to “make a story with numbers.” And I struggled with it. I admit, it slowed me down a lot. I wanted to create actual content. I wanted to keep writing on this Blog. I didn’t want to be bogged down by details. And I was looking for someone full time who could help with future administrative duties: to leave me with time to create.

But right now I am the only one that can make this happen. And I realized I was going about this all the wrong way. I’ve mentioned many times before that I have a learning disability: specifically in the realm of mathematics. So, one day after dealing with a lot of other issues, I realized that what I should be doing is writing out “the story” first and add the numbers, with assistance, later on. Basically, for lack of another better analogy, I am working on the thesis of the thing and gathering the research and evidence afterwards to back it up.

It was still work but I managed to create a first draft of a plan. And it is still, like everything I do, a work in progress. And I will definitely keep you posted once I finally make something a little more substantial to work with.

I have also been working on a collaborative game with a team of people who happen to also be made up of some of my childhood friends. And I have accomplished a lot. I have not only created a sample list of pre-generated character names and six factions, but also an extra seventh faction that I hope to use in a tutorial along with a creative event scenario. There is, like everything else, a lot more to do but I am pleased with mine — and my teammates’ — progress. So while I am not a programmer or a graphic artist, I am a writer for a game and so this is actually some game development on my part: which makes me really damned proud.

I also can’t wait to say more about the actual game itself, but I will wait on that until we have more done and when our team leader thinks it appropriate.

The graphic story collaboration I am making with Angela O’Hara is still happening, but we have both had to take time to deal with our respective workloads. But I know we are both still interested in its creation and I look forward to sharing that work as well.

So many promises now, I have to say. I feel like, for all the challenges and tribulations I’ve faced, I have been doing some good work. And that in itself is a reward. But I plan to do so much more: just as I also plan to share so much more with you, my faithful friends and readers. 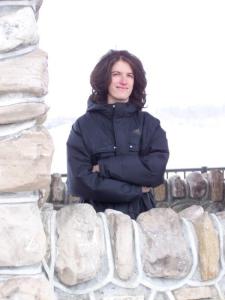