This post contains horror, disturbing images and, worst of all, *spoilers.* Reader’s discretion is advised.

When Dream created the Corinthian a long time ago in Neil Gaiman’s Sandman, his original aim was to construct a sentient dream that represented humanity’s fear of its own darkness. In the end, of course, he became more like a simple serial killer than anything as grand as a being that could make dreamers face the worst parts of themselves. 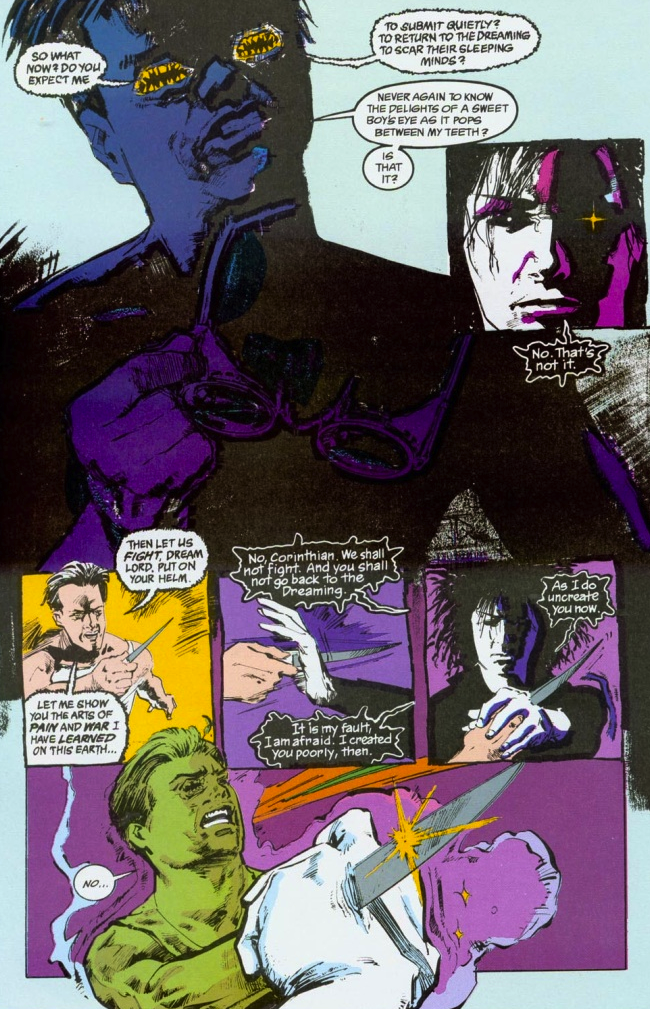 The Corinthian’s initial failure as a dark mirror in which humanity could see the other part of its soul is a fitting metaphor when you hear discussions about the horror genre: particularly how gore and spectacle can take precedence over slow, creeping, uncanny elements out of the corner of your eye and the fear of the unknown or the forgotten.

And then you have creepypastas.

Kris Straub is already doing a web series called Scared Yet in which he looks at and dissects creepypastas: examining how they work, and how they don’t. He said once, in his now defunct Ichor Falls Blog, that many creepypastas fall into a formula or a series of tropes. You know: Jeff the Killer that is the result of bullying and acid being thrown on his face becoming ala the Joker analogue, a whole series of cursed video games bought from a creepy old man who may or may not vanish after a purchase, every story about Disney symbolizing institutionalized and secretive evil, and all the rest of it.

Many beginning writers can do this: they find stories that appeal to that part of them and they imitate them. Even so, many of these pastas have somehow become viral memes as they tap — sometimes even in a shallow manner — into that sense of universal horror and dread in humanity.

But then there are others …

I have talked about Candle Cove before: created by the aforementioned Kris Straub. But a few days ago this little gem manifested itself:

My dead girlfriend keeps messaging me on Facebook. I’ve got the screenshots. I don’t know what to do. It is a story that was created on a subreddit called r/nosleep: where people seemingly write stories that commenters respond to as if they are real accounts. You can find a more polished version of it right here. But in many ways the original is much more diabolical and I will explain why.

First of all, like Candle Cove, it uses its medium to effect. But while Candle Cove emulates a Message Board, complete with user typos and all that loveliness, My Dead Girlfriend is already on a subreddit: a forum that functions as a series of comments stacked up on each other in a grey background with faded white fonts.

But goes further than that. My Dead Girlfriend also has links to what seem to be screen captures of Facebook Private and Public Chats. It utilizes Tags in empty spaces. And then there is the writing style to consider. While Kris Straub utilizes typos in Candle Cove, natesw or Nathan — which I suspect are personas — writes this from the first-person in something of a epistolary format: a series of journals or reports of the phenomenon occurring. Moreover, the writing from natesw’s persona on r/nosleep is clear, with no typos whatever, and possesses proper sentence structure, spelling, and grammar.

Yet the Facebook Chats he has “screen-captured” have the typos and fragmented sentences. And the dialogue between him and his dead girlfriend gets juxtaposed and played with like a twisted form of poetry. These two modes, the first-person of the subreddit text and the third-person and visual aids of the Facebook images complement each other. Unfortunately, if you go by the subreddit the ending could be lost: if it is indeed the ending.

Read the second, cleaner tickld version though: and look at the very last image that it shows you.

Remember, you have to find Candle Cove. My Dead Girlfriend finds you.

It’s still finding us. When Candle Cove was first sent to me, it had been around for a few years. Right now, though, My Dead Girlfriend is still spreading.

And the story had me before that image too. My friend and I were talking about this into the wee hours of Sunday and she told me that it had her at “FRE-EZING.” This was the only original word that “Emily” was able to construct, or revealed. You see, we never know whether Nathan’s torment is the result of a sick hacker, Nathan’s own subconscious mind projecting the grief of his trauma into messages from Emily, or … the fragments of Emily’s traumatized essence not completely realizing that she is dead and going to the place and person that she knows more than herself: perhaps even trying to make up for the reluctant displays of affection that she showed Nathan in life before she died on her way to their apartment.

Basically, the story is left open-ended. And there is the challenge in the recipe right there. You have to basically know that balance between detail and that open-endedness. If you have too much detail, people will question the specifics and your creepypasta will deflate into skepticism. On the other hand, if you are too grandiose and you try to encompass everything your structure will either never grow or will fall apart at the seams.

I think one element to know what medium you want to use and how you want to structure it. At the same time, you need to know what story you want to tell. Images, photoshopped or otherwise, help too. Another advantage that My Dead Girlfriend has is the fact that it has many commenters either playing along (being the poster’s friends or general fans of the subreddit) or are so taken by the Orson Welles’ War of the Worlds Effect that they are genuinely giving the poster natesw advice. But this story also manages to tap into the general and the specific. The characters and personas have names. There are dates. The accident that took Emily is revealed in slow and painful detail. The uncanny is tapped.

And that is the difference right there: that last ingredient. You can study the remnants of a miracle, but you can’t really reconstruct its soul from what is left. Or, in my case and in the case of other writers, you can’t create an original soul of a new story by purely examining leftovers alone.

I can tell you how these stories work, but it’s like deconstructing a joke. It’s just not funny after. It’s just not horrifying. And anything that I make from this, as it has been a long-term goal of mine to create a viral horror meme after my girlfriend had showed me Candle Cove, would just be a shallow or empty form.

I have many ideas for a creepypasta. It was the very aim of my Project: Dark-Seed. But after that conversation with my friend last night, I realized something. I realized just why the Corinthian was such a failure to Dream.

Dream even admitted that the fault was his own. Dream created the Corinthian to embody humanity’s fear of its own darkness, but despite the fact that Dream is an embodiment of the sentient impulse of imagination and dreaming, he isn’t human. Until his imprisonment in Preludes and Nocturnes, and slowly before with his human friend Hob he never tried to get close enough to humans to actually understand their perspective.

Dream could observe human darkness, but he didn’t really know how they experienced it. He couldn’t relate to his audience. The Corinthian, who was intended to be a classic horror tale became a gory spectacle because he only engaged humans on that superficial level. Unlike Dream’s other stories, other dreams and nightmares, the Corinthian wasn’t made from a pre-existing concept or a sentient being made into something more. He was Dream’s attempt at original creation and imitation of life and he failed.

He was an empty shell that tried to fill himself with gore and eyeballs and attention. As Dream’s creepypasta to humanity, the Corinthian falls short. That is the same reason why some creepypastas and horrors stories fail because the creator doesn’t try to relate to their audience. In terms of comedy, the joke doesn’t amuse them.

The story doesn’t scare them.

But what would have happened if the Corinthian scared Dream? What would have happened if Dream thought about what scared him and made the Corinthian in that image? What happens when a horror writer creates a monster that scares them, that makes them feel goose flesh at the mere thought of it: of that thing at the corner of their consciousness that they logically know can’t happen or exist, but deep down knows?

Who knows. Perhaps Dream’s re-creation of the Corinthian after his own imprisonment and exile changed the model. Perhaps he just needed a catalyst to tap him into that deep black pool of universal horror and white noise, take a piece of it, and fashion from its substance a soul to fill the emptiness. 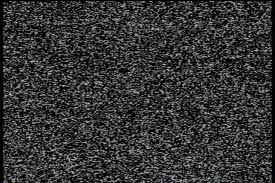 Perhaps a creator only needs to find something to be scared of in order to create a nightmare that can be shared with the world.

Now if that isn’t the beginning of a story of one’s descent into creative damnation, I don’t know what is. The powers help me. I think I have been writing too much in hell. But the moral of this story is that some people like their pastas filled with gore or emptiness.

I like my pastas to be filled with darkness: from the heart.